Cardarine GW501516 is a PPARδ agonist or SARM? Learn everything (effect, experience, purchase, etc.) about Cardarine (GW-501516) here!
On this post

Endurobol, GW501516, GW-501,516, GSK-516, GW501516, Cardarine: many names for a SARM (selective androgen receptor modulator) that is not actually one – but an activator (agonist) of the PPARδ receptor. This all sounds very confusing? Then we’ll help you out here and answer the following questions:

Note: This blog post is only intended to inform you about GW501516 (Cardarine / Endurobol), because the trade, acquisition and use of these substances is regulated in some countries – including Germany. We would like to inform here, but not to encourage or instruct consumption.

Often Cardarine is counted among the non-steroidal selective androgen receptor modulators (SARMs) because the mode of action is similar. But if one takes a closer look, GW501516 is not a SARM but an activator (agonist) of the PPARδ receptor. While SARMs act specifically at the androgen receptor, the agonist Cardarine works selectively at the PPARδ receptor. PPARs stand for peroxisome proliferator-activated receptors. Among other things, they control proteins involved in energy consumption. PPARδ can be found in almost every tissue in the human body. Primarily, the receptor controls the expression – i.e. the translation of genetic information into proteins – of genes that act on lipid metabolism. It also has an important function in cell growth – including the growth of fat cells. A tremendous reduction in body weight has been observed in obese animals.

Originally, Cardarine comes from medicine. Here it was developed in the 1990s to counteract or cure metabolic diseases, obesity, diabetes as well as cardiovascular diseases. 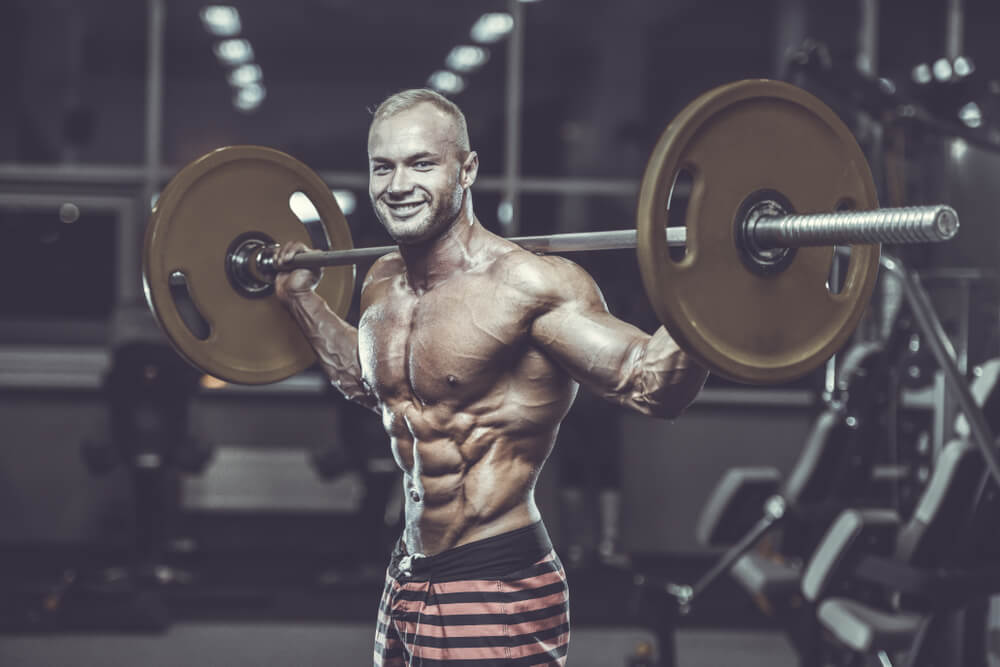 While not yet proven, it is strongly believed that Endurobol enhances endurance muscle and increases fat burning. In addition, Cardarine massively increases the physical performance.

Users reported slight sleep problems in the initial phase. Strength athletes should not use the substance – due to the potential shift of muscle fibers towards endurance muscles – for longer than twelve weeks at a time. Track and field athletes should benefit from this transformation.

In animal studies, the drug was able to cause cancer at very high doses (completely excessive doses if you ask us). Therefore, if you have a pre-existing condition, you should avoid it and strictly follow the manufacturer’s instructions and dosage guidelines.

A Post-Cycle Therapy is always advisable after a Cardarine cycle.

Cardarine experience: What do users say?

Since there are no useful scientific studies, we asked users of Endurobol about their personal experiences. Overall, all users actually made the experience that Cardarine is very potent – that is, extremely strong. Both strength athletes and track and field athletes stated that it was one of the most massive endurance and energy boosters they had ever used.

Almost all users stated that they noticed enormous losses in body fat. There was also an improvement in muscle gain. In addition, almost all athletes said that their overall performance and energy levels were dramatically increased. Athletes in particular reported increased endurance. But bodybuilders could also rejoice. They had more strength and could better define the body.

Users who used Cardarine for fat loss in dieting reported feeling more energy and performance than usual. Side effects such as lethargy, lack of strength, etc., which are otherwise common during diets, were completely gone or significantly reduced. The experience of Cardarine users was at least 1 kilogram of body fat on a regimen that lasted 4 to 6 weeks.

None of the users spoke of serious side effects. A few stated that they had mild sleep problems at the beginning of the cycle, but these subsided after a short time.

Intake and dosage of Cardarine

Please always follow the manufacturer’s instructions exactly when taking and dosing GW501516, which you will find on the product. In general, the following applies to Cardarine:

Most users limited their Cardarine regimen to eight weeks. Hardcore users also used GW501516 fat loss supplements for up to twelve weeks. However, you should not use Endurobol for longer at a stretch and then do a PCT.

For higher dosages of around 20 milligrams daily, you should spread the intake over two doses a day. If you only take 10 milligrams, you can take the supplement when you want. Many users do this before workouts to get the full effect in terms of energy boost, endurance increase, strength increase, etc.

If you are already familiar with the stack of supplements, SARMs & Co., you can also combine Cardarine itself with, for example, SARMs. But there are also ready stacks with Cardarine, which perfectly combine different active ingredients to create synergistic effects (i.e. to improve and complement the effect of the individual substances).
TO THE PRODUCTS

Caution: We may and can not make any legally binding statements, but want to show you the legal situation known to us (as of April 2021) in the following. Please always inform yourself about the respective legal situation in your country before purchasing and consuming GW501516 (Cardarine, Endurobol).

The possession and use of PPARδ (Peroxisome Proliferator Activated Receptor Delta) agonists such as GW501516 is subject to certain regulations in Germany. According to the Anti-Doping Act (AntiDopG §2 https://www.gesetze-im-internet.de/antidopg/BJNR221010015.html) and the Doping Substances Quantity Ordinance (DmMV) https://www.gesetze-im-internet.de/dmmv_2020/DmMV.pdf, the following is allowed in this country:

GW 501516 from legal sources you are allowed to possess and consume in Germany in small amounts – a maximum of 75 mg – as an amateur athlete who does not want to gain a competitive advantage.

Most Cardarine supplements have a dosage between 10 and 20 mg. So you can legally possess between 3.75 and 7.5 daily servings, depending on the supplement.

The World Anti-Doping Agency (WADA) has had Cardarine on its banned list since 2009. GW-501516 was therefore classified as doping relevant and is therefore banned in sporting competitions.

So please always keep in mind: If you want to participate in sporting competitions or already do, then keep your fingers away from GW501516. You may neither possess nor use Endurobol.

Since the production and trade of GW501516 is not allowed as a supplement in some countries – including Germany – there are unfortunately always people who produce such preparations in illegal laboratories or even at home. So if you want to buy Cardarine, look carefully. Who is the manufacturer? Where does the product come from? Do the web store, the manufacturer and the supplement seem trustworthy?

In our online store for sports supplements and hardcore supplements you will find Cardarine supplements exclusively in best quality and from reputable manufacturers. 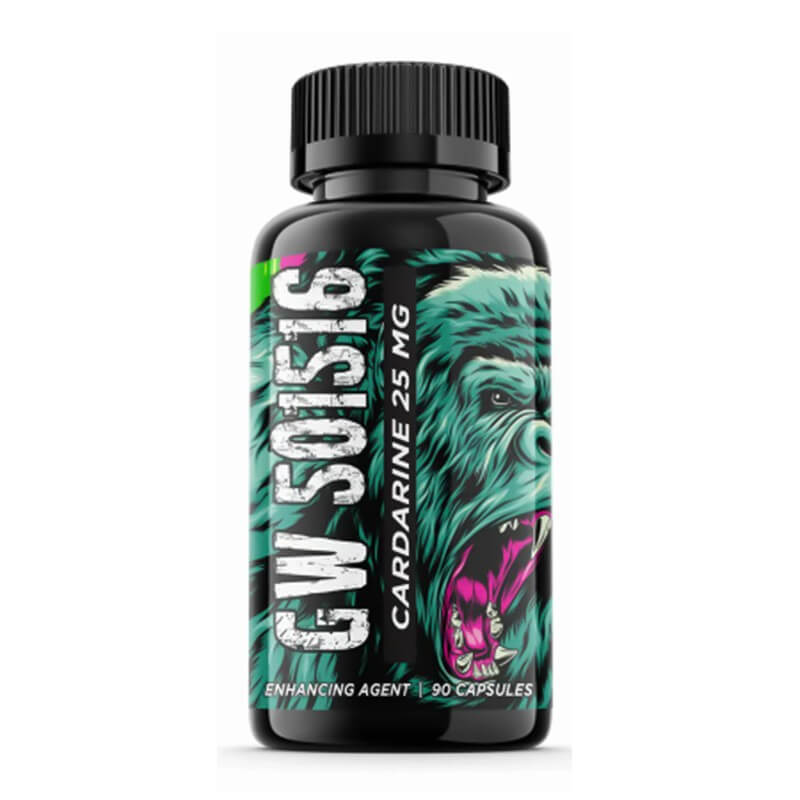 SARM Cardarine, which leads to faster fat loss and gains in lean muscle mass. Also acts as a NO booster. 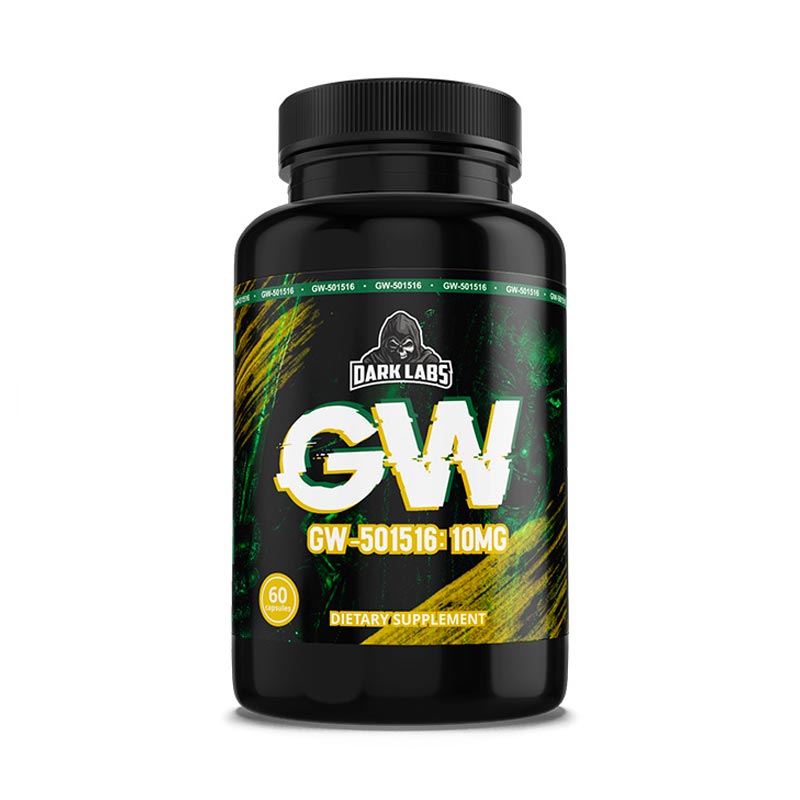 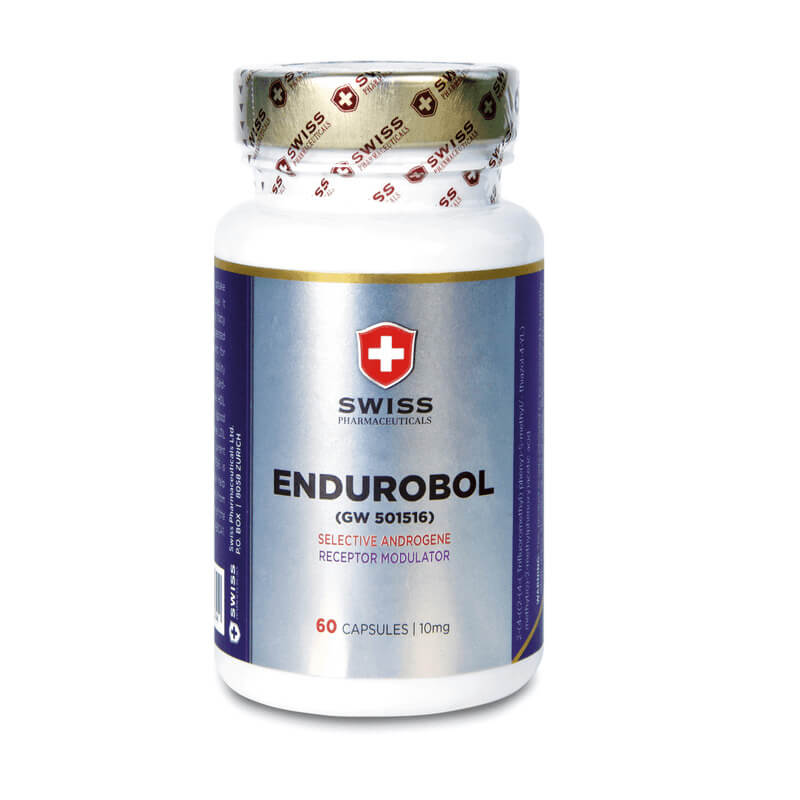 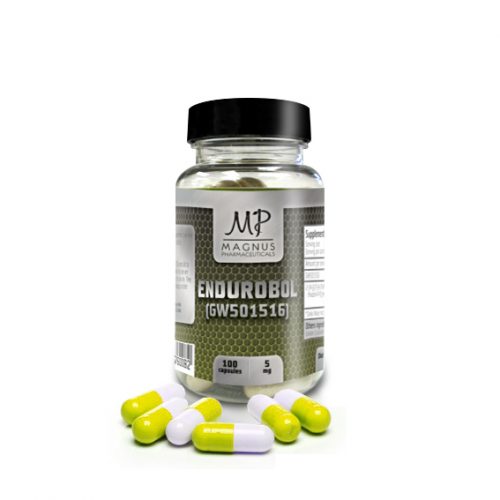 Is the best in terms of endurance, energy, power and performance. Very high fat burning effect with high muscle protection.

If you have any questions about GW501516 (Cardarine) or our other products, just send us a message! 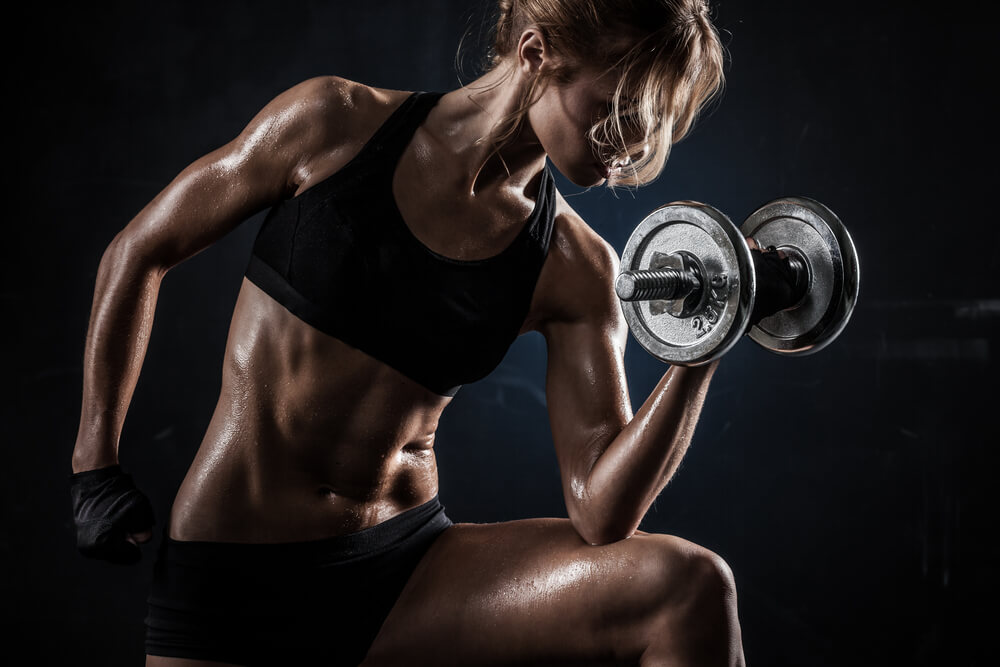 The Best Dietary Supplements for Women

The 15 Best Supplements for Women, According to a Dietitian – Contribute to your overall well-being with these options: 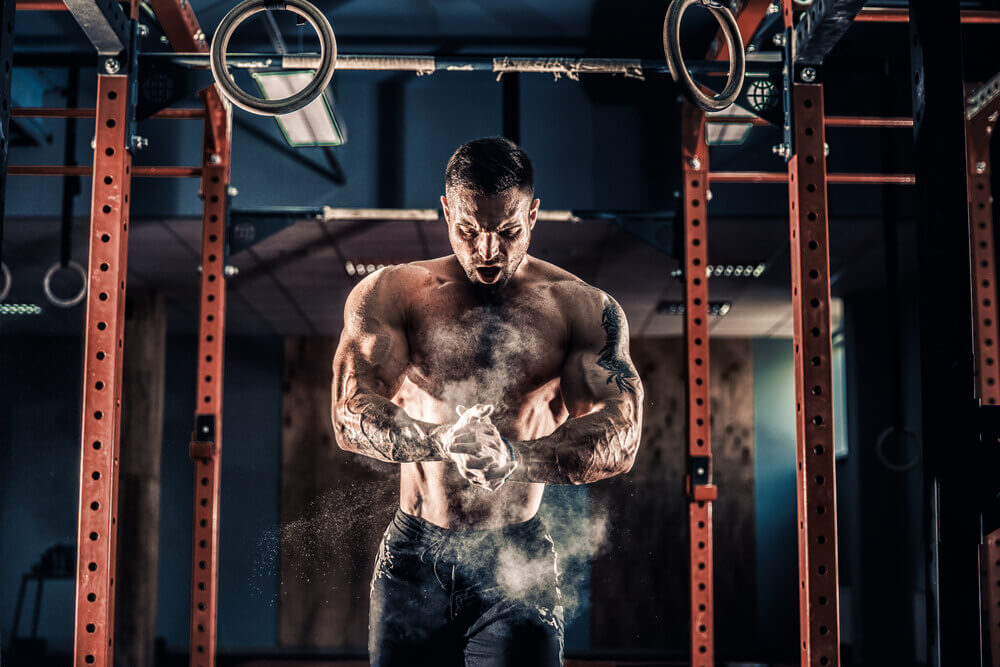 What is Phenibut and why is it such a popular cognitive enhancer? Learn all about the effects, benefits, and dosage of the active ingredient here: 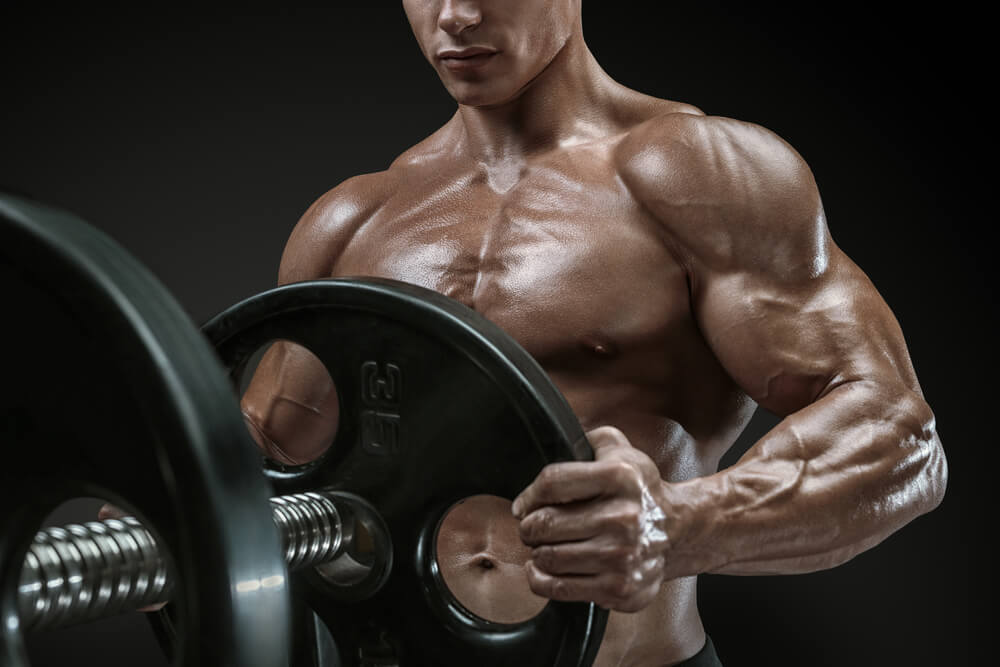 SARM Ligandrol, which many call “anabolic steroid” because it leads to maximum muscle gain. Learn everything about Ligandrol LGD-4033 here! 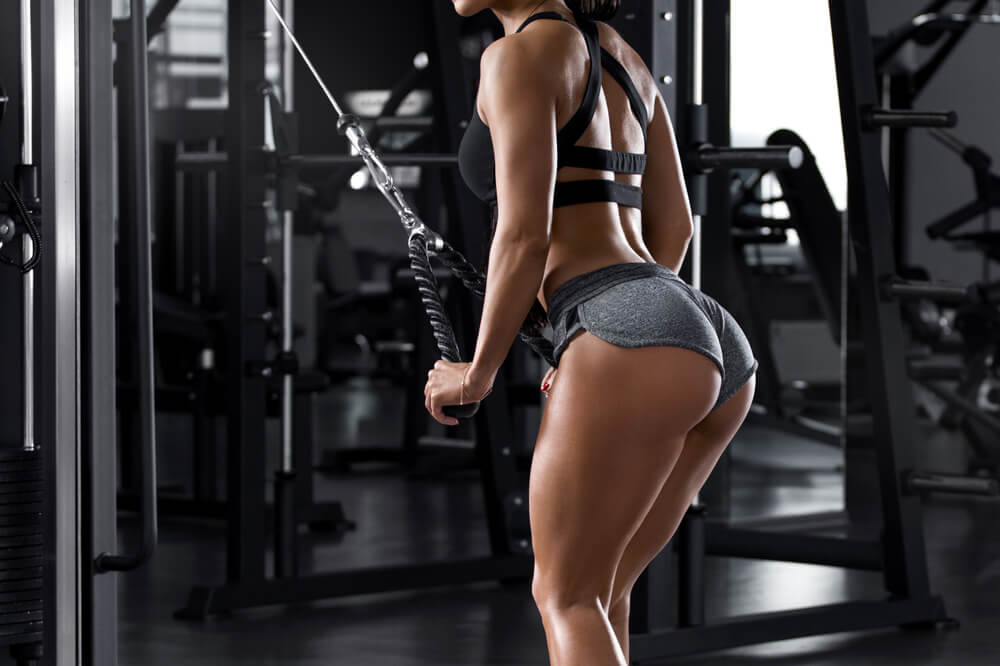 Here you will learn everything you need to know about “Fat Burners for Women” (ingredients, application, selection, purchase …)